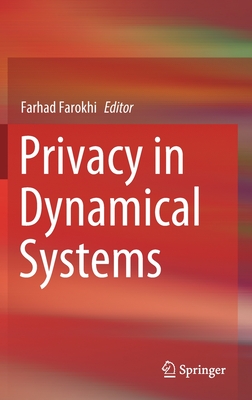 By Farhad Farokhi (Editor)
Email or call for price

Farhad Farokhi is a Research Scientist at the Information Security and Privacy Group at CSIRO's Data61 and a Research Fellow at the Department of Electrical and Electronic Engineering at the University of Melbourne. In 2014, he received his PhD degree in Automatic Control from KTH Royal Institute of Technology, Sweden. During his PhD studies, he was a visiting researcher at the University of California at Berkeley and the University of Illinois at Urbana-Champaign. Farhad has been the recipient of the VESKI Victoria Fellowship from the Victorian State Government as well as the McKenzie Fellow and the 2015 Early Career Researcher Award from the University of Melbourne. He was a finalist in the 2014 European Embedded Control Institute (EECI) PhD Award. He has been part of numerous projects on data privacy and cyber-security funded by the Defence Science and Technology Group, the Department of the Prime Minister and Cabinet, the Department of Environment and Energy, and CSIRO in Australia. His research interests include security and privacy in cyber-physical systems, such as smart grids and intelligent transportation systems.