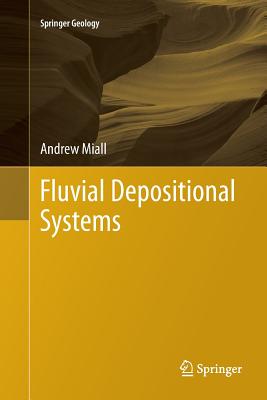 By Andrew Miall
Email or call for price

This book is intended to complement the author's 1996 book "The geology of fluvial deposits", not to replace it.

The book summarizes methods of mapping and interpretation of fluvial depositional systems, with a detailed treatment of the tectonic, climatic and eustatic controls on fluvial depositional processes. It focuses on the preserved, ancient depositional record and emphasizes large-scale (basin-scale) depositional processes. Tectonic and climatic controls of fluvial sedimentation and the effects of base-level change on sequence architecture are discussed. Profusely illustrated and with an extensive reference to the recent literature, this book will be welcomed by the student and professional geologist alike.

Andrew Miall was born in Brighton, England, and was educated there, obtaining a B.Sc. degree at the University of London in 1965. He then emigrated to Canada, and completed his Ph. D. at the University of Ottawa in 1969. He worked in and around the petroleum industry in Calgary for the next 10 years, including a 7-year term as a Research Scientist with the Geological Survey of Canada, working on regional basin studies in the Canadian Arctic Islands. While in Calgary he conceived and chaired the First International Symposium on Fluvial Sedimentology in 1977, an event that is now held every 4 years. Andrew Miall moved to the University of Toronto in 1979, where he has been Professor of Geology. His research in the areas of fluvial sedimentology and sequence stratigraphy is widely used, and he has published several books on these topics. The 2nd edition of his book "The Geology of Stratigraphic Sequences" was published by Springer in 2010. In the same year he was selected by the federal Environment Minister, the Honorable James Prentice, to serve on a committee of six Canadian scientists enjoined with the task of improving environmental oversight and management of the Canadian oil sands.