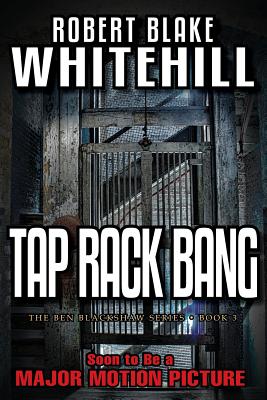 Former Navy SEAL Ben Blackshaw lurks in solitude aboard the shoaled wreck of the American Mariner in the Chesapeake Bay. He is awakened one stormy spring night when a drifting dinghy slams into the old ship's hull. Blackshaw investigates, and discovers there is only one occupant in the sinking boat, a naked young woman lying unconscious in the bilge. Against his better judgment, and risking his own undercover operation, Blackshaw gives shelter to Tally, the terrified refugee. He soon learns Tally has escaped a calculating crew of sociopaths who are about to launch an internet site called L'Abattoir, on which hostages will be tortured, and then executed. Tally was able to free herself, but she now she must return to the dreaded dungeon with help to rescue her little sister, and to free twenty other victims-in-waiting. Blackshaw's wife, LuAnna, arrives at the old ship on a resupply mission, and upon hearing Tally's story, encourages Blackshaw to return home to Smith Island, and enlist his friend Knocker Ellis to help. Ellis suggests inviting other Smith Islander's to join the mission. Blackshaw and Ellis are both shocked that their friends and neighbors will not lend a hand. The two men return to the American Mariner to find that LuAnna's crab skiff has been sunk and that LuAnna and Tally have both disappeared. With help from weather-wizard Michael Craig, Blackshaw back-tracks the most likely meandering course that Tally's boat drifted the night before. But when Blackshaw and Ellis arrive at the dinghy's starting place at the pier of a waterfront home on the Chesapeake, they find two FBI agents already investigating the double-homicide of an elderly couple, and the kidnapping of the couple's grandchildren; five-year-old twins. To Blackshaw and Ellis, this mayhem bears the bloody signature of Maynard Chalk, their old nemesis. Blackshaw races the FBI to discover the lair where the ghoulish L'Abattoir is to take place; he is terrified that LuAnna herself has been dragged there for slaughter. What he learns about the depths of human depravity shatters not only his faith, but the foundations of his sanity.