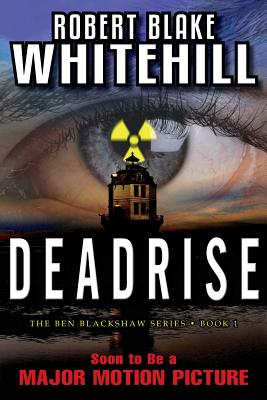 Diving the frigid Chesapeake Bay for oysters soon after a late season hurricane, former Navy SEAL Ben Blackshaw discovers the fresh wreck of a speedboat mired on the bottom. It is jammed to the gunwales with crates of gold bullion worth millions. Blackshaw opens one last box from the wreck and finds a nuclear dirty bomb, its timer racing down toward zero just twenty-four hours away. If this were not enough, the final shock of the day comes when he recognizes the corpse bobbing at the helm of the wreck; a man who has been missing for fifteen years. Blackshaw's father. Piecing the shreds of evidence together, Blackshaw reckons that his irascible old man intercepted and stole both the gold and the nuke from an Iran-Contra style government black-ops deal brokered between two Islamist extremist cells by a corrupt U.S. Government cabal. Maynard Chalk was the agent who let the transaction go south in a moment of unforgiveable distraction. He's got to recover the cargo as soon as possible, but to finish the job, he must temporarily throw in with one of the terrorist crews from the deal gone wrong; it's the only way he can conceal his failure from a vengeful boss and save his own skin. Chalk and his jackal henchmen descend on the quiet, god-fearing people of Blackshaw's isolated Smith Island home, determined to take back what's theirs no matter what the cost in innocent blood. Blackshaw and his wily Smith Island neighbors must set aside a growing mistrust of each other in order to survive and repel Chalk's invasion. Green-eyed suspicion naturally follows an influx of untold wealth and ultimate power; this might play into Chalk's hands, inciting murder and mutiny within Blackshaw's ranks. After a rocky start, Blackshaw finally persuades a small cadre of neighbors that their recent hardscrabble times could be set right if they manage to keep this orphaned gold for themselves, and somehow stop that nuclear bomb before it blows them out of the Chesapeake. To accomplish all this, they reluctantly tap into Smith Island's darker heritage from the distant past as home to marauding pirates in the Chesapeake. Hundreds of years before they became good Methodists, the Smith Islanders emigrated from Cornwall, England. There, more than a few of their ancestors earned their keep by pillaging what they needed from merchant ships unlucky enough to sail without armed escort. Regrettably, the practice lasted long after settling Smith Island. The present dire circumstances set these good people at odds with their newfound and deeply held religious teachings; they must connect with their inner brigand or die. Mortally outgunned, and not seventy miles from Washington, D.C., Blackshaw and his cohort are pitted in a desperate last stand against Chalk and his bloodthirsty goons. If Blackshaw fails, his gamble will go down in history as the opening skirmish of World War III.