Legions of the Moon (Paperback) 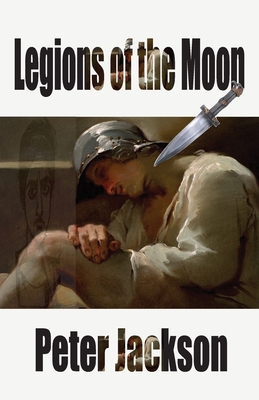 By Peter Jackson, S. A. Harrison (Cover Design by)
$14.99
Usually Ships in 3-5 Days (Subject to Availability)
This title is NON-RETURNABLE.

In AD180 Quintus Suetonius and his stepson Manius are frumentarii, the Roman Empire's secret police. Dispatched to Britannia on a mission whose purpose is from them they they join forces with the formidable female spy Tita Amatia and find themselves embroiled in plot, counter-plot and assassination, unsure of either their allies or their enemies. They journey from bustling, cosmopolitan, civilised Londinium to the wild North - a hostile snowbound land. Besieged by an alliance of rebellious local tribes, surrounded by intrigue, assailed by matters of the heart and personal ambition, they become reluctant players in a struggle between a ruthless imperial government and others seeking control of the Empire.

A brilliantly researched authentic stroll into the past that fuses Gladiator, Game of Thrones, Sherlock Holmes, and the disaffections of tired spymasters like Smiley, it also wags an ironic finger at the state of the world today...