All Quiet on the Western Front (Baker Street Readers) (Hardcover) 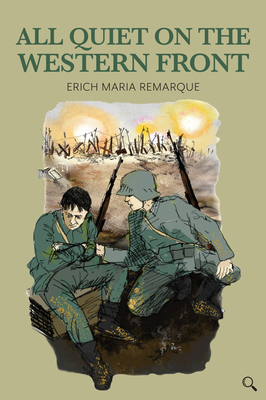 By Erich Maria Remarque
Email or call for price

When Paul Buumer and his classmates join the army, nothing has prepared them for the death and destruction that they witness. Machine guns, huge artillery shells and poison gas create a nightmare world for these young men and their older comrades. For months and years attack is followed by counter-attack. Will any of Paul's friends survive long enough to return to their families and loved ones? Will there be a place for them at home, when peace finally comes? Can any of these soldiers make sense of the massive conflict in which they are involved?

Baker Street Readers are retellings of literary classics in 64 pages, with illustrations. These books make classic stories available to intelligent young readers as a bridge to the full texts and to language students wanting access to other cultures.

Erich Maria Remarque, born Erich Paul Remark, was a German novelist who created many works about the terror of war. His best known novel is All Quiet on the Western Front (1928) which tells the tale of German soldiers in World War I. This was followed by The Road Back (1931) and The Three Comrades (1936).