Quantum Physics for Beginners: Understand the World Around You Thanks to Quantum Physics, Explained in a Simple Way and Applied to Real Life (Hardcover) 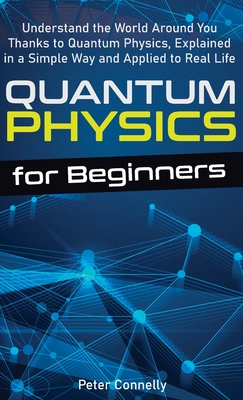 Are you looking for a book that can explain the basis of quantum physics in a simple and practical way? Do you want to understand something more about the world around you? Well, you are in the right place.

This book will help you giving answers to many natural phenomena that remained obscure until about 100 years ago. It does it in a simple but rigorous way, making the concepts easily understandable, without trivializing them.

In particular, you will find:

I advise you to approach this text with curiosity, and to discover how science - that is often considered as "arid" - can actually prove to be fascinating and able to provide a new and wonderful view of the world