Groups and Group Dynamics: Contact in the Intergroup and Prejudice (Paperback) 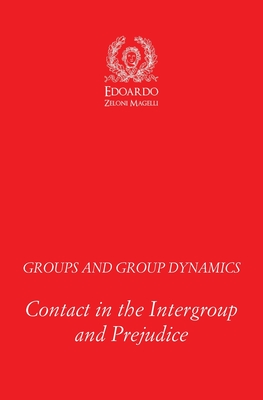 Prejudice is a subject that has aroused great interest in human and social sciences, because it refers to environments and problems - such as the relationship with diversity, discrimination, civil society, peace, cross-cultures - of extreme theoretical, practical and political relevance.

This interest has intensified since the Second World War, in relation to the discriminatory programs that developed around totalitarian ideologies, the important forms of racism that have affected the United States of America and in the recent important migration phenomenon in Europe. According to the Contact hypothesis (Allport, 1954), if the meeting between members of different groups takes place under favorable conditions, it can reduce prejudice.

In the last 20 years, some theoretical models, which derive from the theory of social identity (Tajfel, 1981), have proposed to expand the hypothesis of contact in particular to identify the conditions that lead to the generalization of the positive effects of contact from familiar outgroup members (proximal outgroup) to non-familiar outgroup members (distal outgroups).

There are negative factors such as anxiety, authoritarianism and regulatory restrictions that deserve more attention because they can become key points for the future search for intergroup contact. Such an emphasis would allow a more complete understanding of the conditions that increase and inhibit the potential positive effects of contact.

Rather than placing contact in a situational phenomenon, it needs to be placed in a social, multi-level and longitudinal context.