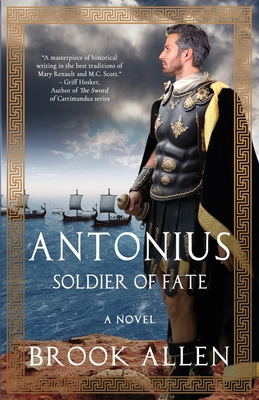 Marcus Antonius has it all-power, prestige, a heroic military reputation, and the love of Queen Cleopatra. But as master of Rome's Eastern provinces and kingdoms, he must maintain peace, and in so doing, he sacrifices his own happiness, yoked within a loveless marriage and an eroding alliance. As Octavian's star rises, Marcus must compete with his rival's success, though it leads to an embittered struggle threatening to end their unity.

Once Marcus finally takes matters into his own hands, his fate becomes tied to the East-and Cleopatra. Far from Rome and his seat of power, a horrific campaign to fulfill Julius Caesar's vision will forever alter him. He is a man torn between two countries and two families, and ultimately-a soldier fated to be the catalyst transforming Rome from Republic to Empire.