The Aeronauts: Travels in the Air (Paperback) 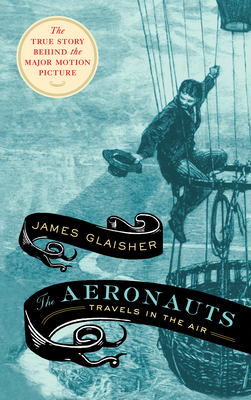 By James Glaisher, Liz Bentley (Introduction by)
$14.99
Email or call for price.

In 1862, ambitious scientist James Glaisher set out to do the impossible: ascend higher into the skies than ever before. A pioneer of weather forecasting and of photography, and a founding member of the Royal Meteorological Society, he wanted to take ground-breaking research measurements from different altitudes.

On 5th September, along with experienced balloonist Henry Coxwell as his pilot, he lifted off in a hot air balloon for what would prove to be a death-defying and historic flight. Rising above the English countryside, they rose to the remarkable height of 37,000 feet (7 miles or 11km), almost killing both men, who experienced blurred vision, loss of motor function and, eventually, unconsciousness. It was a miracle they survived to tell the tale.

Written in his own words, The Aeronauts chronicles Glaisher’s incredible flights and discoveries first hand, as well as his observations on those pioneers who came before and inspired him. His audaciously daring journey forms the story of the forthcoming major motion picture The Aeronauts.

With an introduction by Professor Liz Bentley, Chief Executive at the Royal Meteorological Society

James Glaisher (1809-1903) was an English meteorologist, aeronaut and astronomer who worked at the Royal Observatory, Greenwich for forty-three years. He was a founding member of the Meteorological Society and the Aeronautical Society of Great Britain. He is most famous as a pioneering balloonist and his ascent on 5th September 1862 along with Henry Tracey Coxwell broke the world record for altitude.