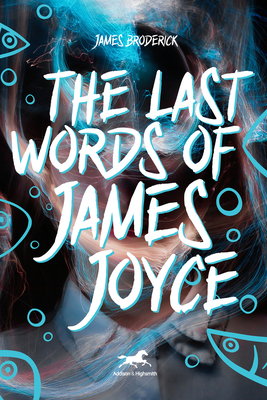 At the heart of this multi-faceted narrative is Lucia Joyce, James Joyce’s daughter and muse, a brilliant and visionary woman whose life remained shadowed by the specter of madness. Was she the recipient of her father’s last masterwork? Where are the letters that would tell her story? Would she have shared his final work if she had ever been released from the mental institution where she languished her entire adult life?

Both playful and profound, this modern quixotic adventure explores the life of a neglected and heroic woman and her legacy as the keeper of strange and dark secrets, and the scramble for fame, fortune, and infamy that her silence spawned. But as this novel reminds us, some voices simply can’t be stilled — not by time, death, or deceit — and what we think are lost words sometimes turn out instead to be last words.

James Broderick is a professor of English at New Jersey City University. He is the author of several works of non-fiction, a previous novel, and an off-off Broadway play. He and his wife, Miri, live in Glen Ridge, New Jersey.