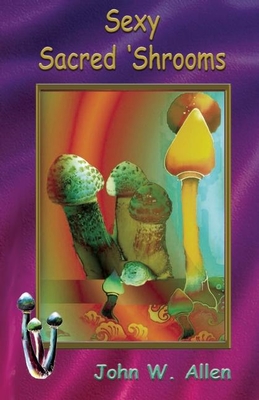 Chronicles the first modern ethnomycological and historically documented look at certain species of fungi and their past and present use as a source of healing, both body and mind as in ancient primitive archaic rituals; and also as an aphrodisiac. Modern day use of these fungi originating from seven personal documented exchanges of communication between author John Allen and Sasha Shulgin, and Jochen Gartz that describe--in detail and photographs--the effects of both the ludible use of psilocybian fungi throughout the ages to produce intense sexual euphoric unions. Other families of fungi that produce similar effects but contain different chemicals can result in timeless hours of pure orgasmic pleasure. The aphrodisiac effects of mushrooms were first reported around the time of the conquest of Nueva Espa a. Francisco Flores, Diego Duran and Bernardo de Sahag n described mushrooms used by Aztecs priests and their followers to produce "provoked lust". In the mid-20th Century several noted scholars, like R. Gordon Wasson, Albert Hofmann, Weston LaBarre, Maria Sabina, Florence Cowan, Eunice Pike, Tim Leary, Richard Alpert and Aldous Huxley reported experiencing erotic euphoric effects and observing erotic sensuality in others while they were under the influence psilocybine. Many claimed they had found the perfect sexual aphrodisiac. In some of these modern anecdotal materials we have been taught that the majority of Mazatec Indian shamans, curanderas, brujos, sabios/sabias, and their Indian participants of mushroom vigils and Velada's, all refrain from sexual activity 4 days before and 4 days after a mushroom ceremony. To do so, as many of the medicine men and woman all seem to agree on, is that it, "would bring about a lasting madness." Yet some Indians have been reported to regularly participate in sexual activities while on mushrooms as well as on peyote. In the Florentine Codex, Sahag n, a devout catholic, said that the mushrooms aun provocan a lujuria, i.e., that they even provoke lust. Wasson believed that Sahag n may have been responsible for adding these words, and wondered why they were inserted. He inquired if they were meant to either excite the sixteenth century readers seeking always the Fountain of Youth and new aphrodisiacs, or to incite his pious readers against the mushrooms? Allen shares with the reader, a chronicle embellished from notes in his personal files and memories of his experiences with sacred mushrooms and sexual erotica. He features pre-historical evidence of such sexual activities between humans, animals, sex and mushrooms, and phallic symbolism, rites of spring and fertility festivals.