Return of the Osprey (Paperback) 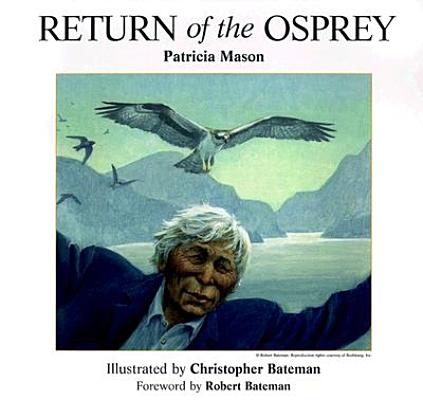 "Magic is all around us" says Grandfather to his small grandson, Joseph, one sunny day in the springtime many years ago. "Come with me and I will show you some of nature's magic."

Five-year-old Joseph and his grandfather spend many days exploring the maple woods, the freshwater marshes, the mudflats and the seashores of Burrard Inlet. Through their eyes we see the wildlife and birds of all these habitats, including the osprey and the colourful purple martin.

As time passes, humans change the land along the inlet and the Osprey and other animals lose their homes and nesting places. Joseph grows older and moves away too, temporarily forgetting the lessons he learned. But when he returns home many years later, guided by a vision, he discovers a wildlife sanctuary has miraculously restored life to the wetlands and the Osprey have once again returned to nest along the inlet's shores. Return of the Osprey celebrates the miracles people can create, even small ones, and the regenerative forces of nature.

A percentage of the proceeds from this book will go to support the work of WBT Wild Birds Trust of British Columbia.

Patricia Mason has worked as a journalist, writer and editor for over twenty years. She has authored several children's stories and rewritten Native legends for use in the elementary school system. Since 1994 she has written three plays about Emily Carr, all enthusiastically received by local audiences. Christopher Bateman was born in Burlington, Ontario in 1976; his family moved to Saltspring Island, BC in 1985 and he has divided his time between Victoria, BC and the Island ever since. He has been drawing seriously for ten years and is currently studying geography and environmental studies at the University of Victoria. The cover illustration of Return of the Osprey is a collaboration between Christopher and his father, Robert Bateman. Robert Bateman is an award-winning, internationally admired naturalist painter. He has lived on Saltspring Island, BC, since 1985. His artistic interest in the natural world is mirrored in his support for a variety of environmental causes and in 1998 the US National Audubon Society named him one of the 20th century's 100 Champions of Conservation. He collaborated with his son Christopher Bateman on the cover of Return of the Osprey.