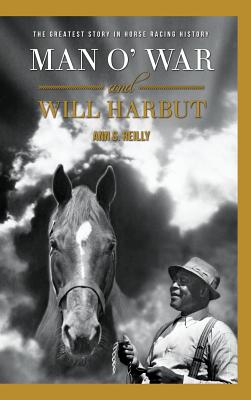 Over 100 years after his birth, Man O' War's outstanding accomplishments continue to be unrivaled, by any other race horse. Over the century his legendary racing and breeding career have heralded him as an icon, compared to the Taj Mahal and Napeolan's Tomb. Man O' War was voted by The Blood Horse and Sports Illustrated as the #1 Race Horse of the 20th Century, and one of Sports Illustrated's top 100 Athletes of the 20th Century. During his 30 years of life, he captured the adoration of millions of fans worldwide, and was visited in retirement by over 3 million. Compared to a "living flame" by the late Joe Palmer, the fiery red chestnut stallion was almost impossible to break to saddle, fighting like a raging tiger. He brought thousands of people back to the race tracks in 1919 and gave America a sports hero to brighten their day after WWI. While the world was loving the legendary Man O' War, he fell in love with his soulmate and groom Will Harbut, who acted as an ambassador for him to the public. This story is an old fashioned great American memoir about the fastest race horse there may ever be, and his inseperable bond with horse whispering Will Harbut, whom referred to the horse as his "mostest." Lexingtonians began to wonder whether Will and Man O' War could live without each other. Ann Reilly, fictionally in Will Harbut's voice, tells the story of Man O' War's life in a way which causes readers to fall in love with the spirit and heart of Man O' War and Will Harbut.