Exits and Entrances: Producing Off-Broadway, Opera and Beyond: 1981-2006 (Paperback) 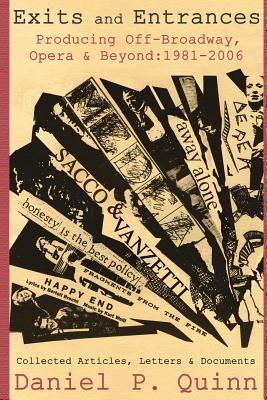 By Daniel P. Quinn
Email or call for price

Exits and Entrances is a behind the scenes look at working off-Broadway and abroad and a careful selection of published article's that originally appeared in Performing Arts Journal, The Herald News, The Italian Tribune, Sensations Magazine, Theatre Journal, among other works. Published letters from The New York Times, photographs and performance documents are included as well. These include such notable works as the US Premiere of several plays by British playwright Edward Bond, the World Premiere of works by Daniel Gabriel, Janet Noble, Paul Parente and revivals from Sophocles and Seneca to John Maguire (1877) and Kurt Weill and Hector Berlioz.