The Lady Queen: The Notorious Reign of Joanna I, Queen of Naples, Jerusalem, and Sicily (Compact Disc) 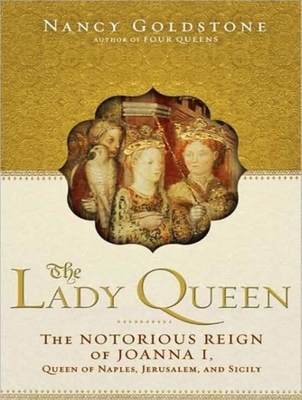 On March 15, 1348, Joanna I, Queen of Naples, stood trial for her life before the pope and his court in Avignon. She was twenty-two years old. Her cousin and husband, Prince Andrew of Hungary, had recently been murdered, and Joanna was the chief suspect. Determined to defend herself, Joanna won her acquittal against enormous odds. Returning to Naples, she ruled over one of Europe's most prestigious courts for more than thirty years-until she was herself murdered. As courageous as Eleanor of Aquitaine, as astute and determined as Elizabeth I of England, Joanna was the only female monarch in her time to rule in her own name. She was notorious: the taint of her husband's death never quite left her. But she was also widely admired: dedicated to the welfare of her subjects and realm, she reduced crime, built hospitals and churches, and encouraged the licensing of women physicians. While a procession of the most important artists and writers of her day found patronage at her glittering court, the turmoil of her times swirled around her: war, plague, intrigue, and the treachery that would ultimately bring her down. As she did in her acclaimed Four Queens, Nancy Goldstone takes us back to the turbulent and colorful Middle Ages, and with skill and passion brings fully to life one of history's most remarkable women. Her research is impeccable, her eye for detail unerring, and in The Lady Queen she paints a captivating portrait of medieval royalty in all its incandescent complexity.

Nancy Goldstone is coauthor, with her husband, Lawrence, of five books, including "Out of the Flames," "The Friar and the Cipher," and "Warmly Inscribed."

"[Bailey] nimbly handles the pronunciation of foreign names, and her range of expression is admirably suited to portraying various characters as she reads excerpts from their writings." ---AudioFile