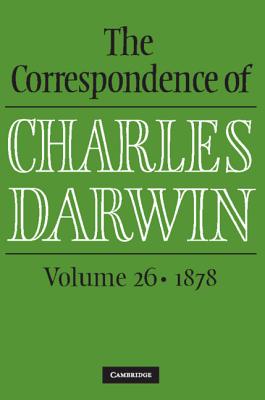 This volume is part of the definitive edition of letters written by and to Charles Darwin, the most celebrated naturalist of the nineteenth century. Notes and appendixes put these fascinating and wide-ranging letters in context, making the letters accessible to both scholars and general readers. Darwin depended on correspondence to collect data from all over the world, and to discuss his emerging ideas with scientific colleagues, many of whom he never met in person. The letters are published chronologically: volume 26 includes letters from 1878, the year in which Darwin with his son Francis carried out experiments on plant movement and bloom on plants. Francis spent the summer at a botanical research institute in Germany; and father and son exchanged many detailed letters about his work. Meanwhile, Darwin tried to secure government support for attempts by one of his Irish correspondents to breed a blight-resistant potato.