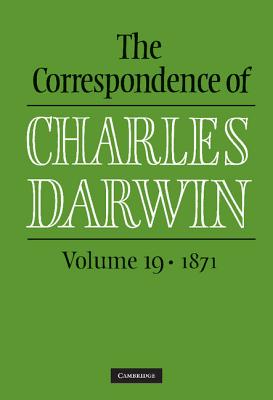 Usually Ships in 3-5 Days (Subject to Availability)
This title is NON-RETURNABLE.

This pivotal volume in the definitive edition of Charles Darwin's letters covers the year 1871, the year in which Descent of Man, Darwin's first public statement on human evolution, was published. The large number of letters in this year - more than 800 - reflects the excitement this caused. Darwin depended on correspondence to collect data from a growing network of contacts all over the world and to discuss his emerging ideas with colleagues, many of whom he never met in person. This year also saw the marriage of Darwin's daughter Henrietta, the first of his children to marry; the volume includes her personal journal of the year, published here for the first time, which complements letters that hint at her important role in her father's work as both commentator and editor. Notes and appendixes put these fascinating and wide-ranging letters in context, making them accessible to both scholars and general readers.