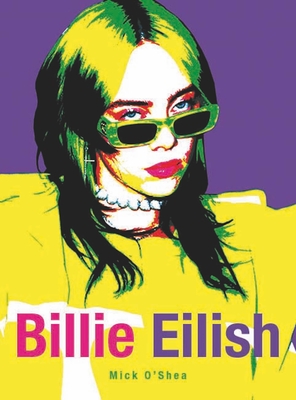 Named 'the most talked-about teen on the planet' by NME and a 'pop prodigy' by Harper's Bazaar, in the space of just three years and still just a teenager, Billie Eilish has become one of the most streamed artists on the planet. From her unique style of songs, co-created with her brother, Finneas O'Connell, to her squeamish videos and unusual look, Billie is far from your typical 18-year old singer.

Though she's young, she's no cookie-cutter pop star. Her famous dead eyes, her performatively bored attitude along with her angsty, often sadistic lyrics about serial killers and psychopaths make Eilish intruiging and 'intimidating as hell'. With her colourful hair and her refusal to wear any tight clothing, Eilish is well known for her distinctive style. Her loose, body-obscuring silhouettes in neon colours and graffiti prints have become so iconic that she has now launched her own retro-inspired clothing collection. But Eilish's appeal doesn't just stem from her style or her music, she is also admired for her frank discussion of mental health and body image issues and taking her social responsibility as a role model seriously. According to New York Times, Billie Eilish represents a 'collective middle finger to the strictures of teen-pop sex appeal'.

Eilish's celebrity superfans range from Shawn Mendes and Julia Roberts to Katy Perry and Nirvana's David Grohl. But did you know that Billie is vegan? Or that her middle name is 'Pirate'? This book is full of fascinating facts and fun nuggets of knowledge which will delight superfans as well as those new to her music but keen to find out more. And with seven gold and three platinum singles in the US under her belt, it looks like Billie is set to dominate the music industry for many years to come.

Mick O'Shea is a freelance journalist with a passion for all things rock 'n' roll. He is the author of thirteen other books including One Direction: No Limits and Amy Winehouse: A Losing Game. He lives in London.