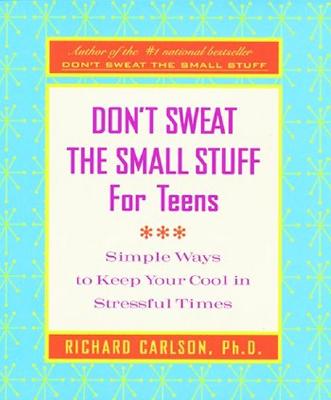 In this candid guide to adolescence in his #1 bestselling series, Richard Carlson examines the contradictions and challenges unique to teenage life and offers high schoolers (and their parents) tools for learning not to stress about homework, peer pressure, dating, and more. Along the way, he addresses such issues as:


"Over a decade of positive psychology research seems to validate what we learned twenty years ago from Don't Sweat the Small Stuff. . . . These wonderful books help break down and simplify how to achieve that happiness."
—ShawnAchor, bestselling author of The Happiness Advantage

"After almost two decades since the original release of Don't Sweat the Small Stuff, Richard Carlson's insights on the meaning of life continue to be timeless. The book teaches us to focus on the 'now' and find balance by living through contentment."—Deepak Chopra