Don't Sweat the Small Stuff About Money: Simple Ways to Create Abundance and Have Fun (Paperback) 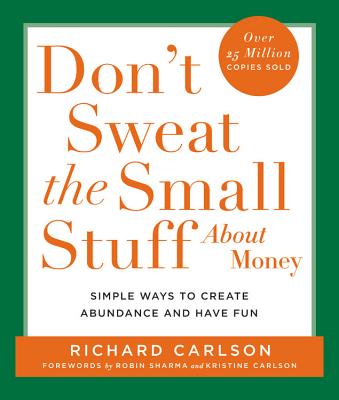 By Richard Carlson
Email or call for price

This #1 bestselling guide to managing your career and living comfortably with your finances reveals fascinating insights for everyone from businesspeople to those who manage the household budget. Don't Sweat the Small Stuff About Money illuminates how to:

"Over a decade of positive psychology research seems to validate what we learned twenty years ago from Don't Sweat the Small Stuff. . . . These wonderful books help break down and simplify how to achieve that happiness."—ShawnAchor, bestselling author of The Happiness Advantage

"Richard Carlson caused a revolution in all our thinking with his Don't Sweat the Small Stuff books. He was like a Zen master in disguise, taking almost an aw-shucks attitude toward shifting the culture."
—MarianneWilliamson, New York Times bestselling author of A Return to Love