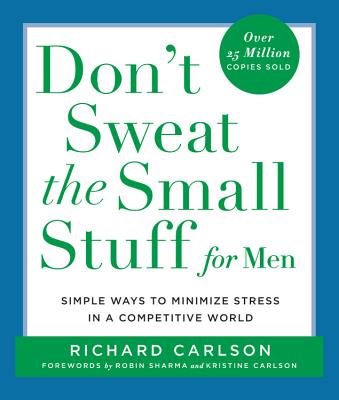 In this illuminating guide in his #1 bestselling series, Richard Carlson reveals the crucial tools with which men can relieve stress and take back control of their lives. He offers strategies for gaining more peace and joy, as well as techniques for channeling one's efforts to reap the greatest rewards, including:


"Over a decade of positive psychology research seems to validate what we learned twenty years ago from Don't Sweat the Small Stuff. . . . These wonderful books help break down and simplify how to achieve that happiness."—ShawnAchor, bestselling author of The Happiness Advantage