Don't Sweat the Small Stuff with Your Family: Simple Ways to Keep Daily Responsibilities from Taking Over Your Life (Paperback) 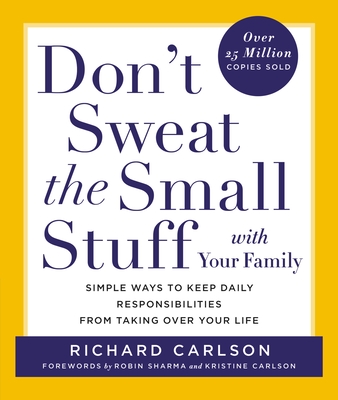 This indispensable guide to family in the #1 bestselling series reveals how to avoid letting the minor setbacks in your home life get you down. With his characteristic candor and piercing insight, author Richard Carlson demonstrates how to resolve such common domestic tensions as:


"Over a decade of positive psychology research seems to validate what we learned twenty years ago from Don't Sweat the Small Stuff. . . . These wonderful books help break down and simplify how to achieve that happiness."—ShawnAchor, bestselling author of The Happiness Advantage