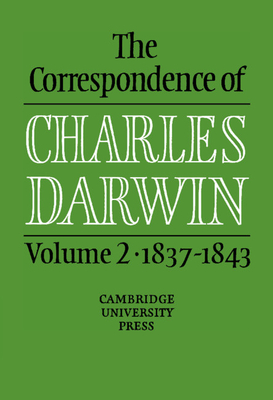 This is the second volume of the complete edition of The Correspondence of Charles Darwin. The letters in this volume were written during the seven years following Darwin's return to England from the Beagle voyage. It was a period of extraordinary activity and productivity in which he became recognised as a naturalist of outstanding ability, as an author and editor, and as a professional man with official responsibilities in several scientific organizations. During these years he published two books and fifteen papers and he also organized and superintended the publication of th Zoology of the Voyage of H.M.S. Beagle. Busy as he was with scientific activities, Darwin found time to re-establish family ties and friendship, and married his cousin, Emma Wedgewood. In 1842, they moved to Down House, where Darwin was to spend the rest of his life. Viewed retrospectively, the most important of Darwin's activities during the years 1837-1843 was the development and first draft of his ideas on speciation.