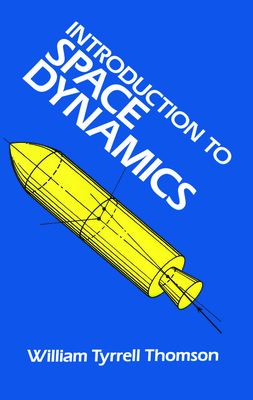 Although this classic introduction to space-flight engineering was first published not long after Sputnik was launched, the fundamental principles it elucidates are as varied today as then. The problems to which these principles are applied have changed, and the widespread use of computers has accelerated problem-solving techniques, but this book is still a valuable basic text for advanced undergraduate and graduate students of aerospace engineering.
The first two chapters cover vector algebra and kinematics, including angular velocity vector, tangential and normal components, and the general case of space motion. The third chapter deals with the transformation of coordinates, with sections of Euler's angles, and the transformation of angular velocities.
A variety of interesting problems regarding the motion of satellites and other space vehicles is discussed in Chapter 4, which includes the two-body problem, orbital change due to impulsive thrust, long-range ballistic trajectories, and the effect of the Earth's oblateness. The fifth and sixth chapters describe gyrodynamics and the dynamics of gyroscopic instruments, covering such topics as the displacement of a rigid body, precession and nutation of the Earth's polar axis, oscillation of the gyrocompass, and inertial navigation.
Chapter 7 is an examination of space vehicle motion, with analyses of general equations in body conditions and their transformation to inertial coordinates, attitude drift of space vehicles, and variable mass. The eighth chapter discusses optimization of the performance of single-stage and multistage rockets. Chapter 9 deals with generalized theories of mechanics, including holonomic and non-holonomic systems, Lagrange's Equation for impulsive forces, and missile dynamics analysis.
Throughout this clear, comprehensive text, practice problems (with answers to many) aid the student in mastering analytic techniques, and numerous charts and diagrams reinforce each lesson. 1961 edition.