The Draw: A Memoir (Hardcover) 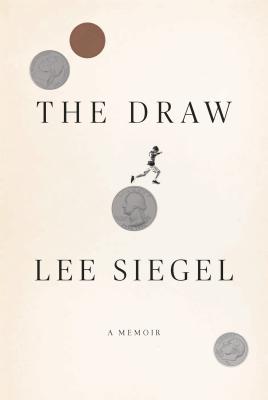 A "What We're Reading This Summer" Pick by The Atlantic

The Draw is a "spellbinding, coming-of-age tour de force" (New York Times Book Review) about a boy striving to make his way up through society and out of a family that has been emotionally and psychologically devastated by economic misfortune.

Lee Siegel’s father, Monroe, a kind and decent man, accumulates a crushing debt to the company he works for, a real estate firm that has been paying him an advance, or “draw,” against future commissions. “The more he depended on the Draw to live,” Lee writes of his father, “the more it shrank his life.” As the recession hits in the mid- 1970s, Monroe finds himself without commissions, and thus unable to pay back his employer. Fired from his job, he is pursued by the law, loses his wife to divorce, and eventually declares bankruptcy. Lee’s mother, Lola, confronting a bleak and tenuous future, experiences a breakdown that transforms her into a seductive yet vindictive adversary of Lee, her older son.

To escape his mother’s bewildering manipulations and the shame and rage that his father’s fate incites in him, Lee creates an alter ego elevated by literature, music, and art. As he stumbles through a series of menial jobs while trying to succeed as a writer, Lee dreams of the protected space of a great university where he can fulfill his destiny in his work. But in order to attend college, he has to take out loans, unwittingly repeating his father’s trajectory.

Propelled by riveting stories and unforgettable portraits, The Draw weaves a defiant stand against a society in which, as the author observes, the struggle with money can turn someone’s innocent weakness into a weapon of self-destruction. As much a flesh-and-blood parable of economics as an intimate memoir brimming with harsh introspection, intellectual reverie, and surprising evocations of sexuality—the way you handle money and the way you have sex are often mutually illuminating, the author writes—Lee Siegel’s youthful odyssey is for anyone who has tried to break through the barriers of family, class, and money to the freedom to choose his or her own path in life.

Lee Siegel is the author of The Draw, Against the Machine, Falling Upwards, and other books. A National Magazine Award recipient, and a widely published writer on politics and culture, he lives in Montclair, New Jersey, with his wife and their two children.

A Publishers Weekly Book of the Week

"[A] stunning self-portrait. . . The Draw is the book [Siegel] was born to write." —Christian Lorentzen, New York

"With uncomfortable composure and clarity, Siegel dissects his parents—labeling faults, diagnosing neuroses—and himself . . . I couldn’t put it down. Siegel’s clinical judgements and fluid transitions, combined with his almost humdrum childhood experiences, make The Draw an engrossing read." —Katie Martin, The Atlantic

"The Draw is a kind of latter-day Portrait of the Artist as a Young Man." —Scott Timberg, Los Angeles Review of Books

"In The Draw, thematic allusions to money abound: a moon full as a coin, the clink of his brother methodically counting his quarters at night, a dollar bill his grandfather liked to produce and vanish. The vanishing dollar anchors the memoir, establishing its themes and recurring preoccupations... It is the setting for a Greek tragedy." —Jamie Fisher, Times Literary Supplement

"The Draw is like watching a beautifully written car crash." —David Mamet

"A picaresque memoir of ideas that zings and hums on every page." —Gary Shteyngart

"[A] powerful, jarring memoir . . . Siegel’s strong focus on psychological depth rather than the visible remakes his familiar journey from American boy to man into something strange, disturbing, and wonderful." —Publishers Weekly (starred review)

"[F]illed with moving introspection and insight, especially into the intangible ravages of poverty . . . An unsparing, intimate reflection on the many ways money—or lack thereof—can tear a family apart." —Kirkus

“Effective and visceral . . . A penetrating . . . look at the psychological effects of family and affluence.” —Booklist