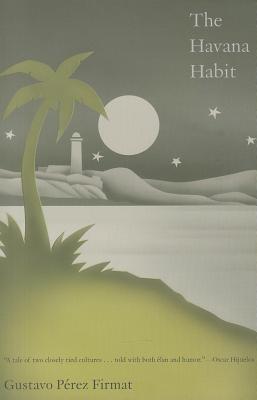 By Gustavo Pérez Firmat
Email or call for price

From the acclaimed poet and critic, an affectionate examination of Cuba in America’s cultural imagination

Cuba, an island 750 miles long, with a population of about 11 million, lies less than 100 miles off the U.S. coast. Yet the island’s influences on America’s cultural imagination are extensive and deeply ingrained.

In the engaging and wide-ranging Havana Habit, writer and scholar Gustavo Pérez Firmat probes the importance of Havana, and of greater Cuba, in the cultural history of the United States. Through books, advertisements, travel guides, films, and music, he demonstrates the influence of the island on almost two centuries of American life. From John Quincy Adams’s comparison of Cuba to an apple ready to drop into America’s lap, to the latest episodes in the lives of the “comic comandantes and exotic exiles,” and to such notable Cuban exports as the rumba and the mambo, cigars and mojitos, the Cuba that emerges from these pages is a locale that Cubans and Americans have jointly imagined and inhabited. The Havana Habit deftly illustrates what makes Cuba, as Pérez Firmat writes, “so near and yet so foreign.”

A poet, fiction writer, memoirist, and scholar, Gustavo Pérez Firmat is the David Feinson Professor of Humanities at Columbia University.