Einstein: The Life of a Genius (Hardcover) 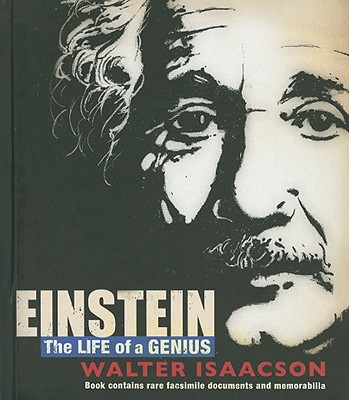 By Walter Isaacson
Email or call for price
Special Order

Albert Einstein is synonymous with genius. From his remarkable theory of relativity and the famous equation E=mc2 to his concept of a unified field theory, no one has contributed as much to science in the last century.

As well as showing how Einstein developed his theories, Einstein reveals the man behind the science, from his early years and experiments in Germany and his struggle to find work at the Swiss patent office to his marriages and children, his role in the development of the atomic bomb, and his work for civil rights groups in the United States.

Drawing on new research and personal documents belonging to Einstein only recently made available, this book also includes items of rare facsimile memorabilia, to show you more than this scientist's groundbreaking theories.